The Aetherlight: A “Bring Your Own Device Adventure” Through the Bible

“May I play Aetherlight? It connects to the Bible, you know.”

My (almost) nine-year-old son knows that if something will get him to read the Bible, I’m all for it. But playing a video game?
Absolutely!
The first thing I loved about The Aetherlight: Chronicles of the Resistance is that the parental permissions 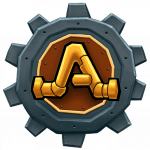 were much more stringent than other websites/games that I’ve given permission for my son to play. The second thing were the costumes the players may choose for their avatars. There were some that were decidedly feminine and some that were more masculine — but many of the costumes allowed for a player to be a player — not a stereotype.

The graphics are really good and the programming seems to be pretty foolproof. Very few “glitches” even in this relatively new game.

But does it really teach kids about the Bible?

Yes and no. If your child is sitting in their room playing all alone, then he/she is probably not going to make very many connections. HOWEVER, the folks at Scarlet City have anticipated this and involve parents by sending periodic emails. I just received one that told me exactly what was happening in the storyline behind my son’s current progress in the game and how to connect it up with the story of Abraham and Sarah. It gives a brief rundown of each of the characters with whom Gabriel is interacting and explains not just their role in the story, but also the person in the Bible on whom they are based. I have to confess, I can be lazy about checking in on Gabriel’s games sometimes. This email drew me in and challenged me to ask him questions and find out what was happening in his game. We’ve been having some great teachable moments around his adventures. I might just have to create my own avatar!!!

The Aetherlight encourages teamwork and helping each other.

I am curious about the companion Aetherlight Bible that has just been released. Watch this space for a follow-up review!

If you are looking for a way to get your video-crazed child into the Bible — Aetherlight is a good step. But be ready to join in on this exciting adventure!

KF:  Tell us about The Aetherlight.

GP:  It’s a really fun but hard game where people help each other.  You need to complete quests and fight automatons.  I think kids should keep playing it and would rate it 5/5 stars.

KF:  What’s the best thing about the game?

The Scarlet Man is meant to be like Jesus.

KF:  Would you change anything about The Aetherlight?

GP:  It’s really hard.  I might make it a little bit easier.  (Note:  GP is slightly younger than the target age group.)

KF:  Did you learn about the Bible while playing this game?

GP:  A bit.  I learned about Abraham and Sarah.  There is a character who is a bit like Jesus.